If you’re looking for a fuel additive that can clean and lubricate your engine thoroughly, one product you should try is the SeaFoam Motor Treatment.

Seafoam is an EPA-registered brand. This tells you the chemicals their products contain pose no risk to human health, so it is safe for you to use the products. Let’s start with a bit of history.

Why Was the Seafoam Engine Oil Additive Created?

Currently, one of the leading manufacturers of automotive additives in North America, the Seafoam company, focuses on providing people with safe products that work in keeping equipment and engines running their best.

Seafoam products have been the trusted choice of mechanics since the company started its business almost 80 years ago. They contain no harsh ingredients that may damage your fuel system components or

How Much to Use

The more Seafoam you add to your fuel, the better it cleans. However, the company recommends certain amounts for different applications:

Specific Areas to Use This Product

Different customers use this product for different applications. Specifically, you can use it to lubricate or clean the following:

Also, this product is used to add to crankcase oil, a compelling mixture for liquefying harmful deposits and residues. You can use it also for stabilizing your fuels, which will effectively make your fuels working fresh even after 1 to 2 years.

First off, there are claims that Seafoam does not, in any way, put engine or equipment parts at risk. Users attest to the experience of using this product for years without damaging whatever they are using it on.

Others even say that since the time they started adding this additive to their fuel, nothing had changed much with their system, but with it still working like the time when their car was still new.

All these observations support what the company is saying about the makeup of their products. Seafoam assures users that all their products contain only petroleum-based lubricating and cleaning ingredients. Since we do not hear any complaints in this regard, we can safely assume that the ingredients indeed are not harmful to engine or fuel system components.

However, such safety attestations may not sit well with some of the experts in the industry, saying that it appears that Seafoam is just a general cleaner, and therefore may lack cleaning power.

Despite this seemingly negative setback, the people who use Seafoam this way can’t deny the numerous benefits that they have experienced from using it and the fact that many other users have nothing to say against it.

Some of the things that you can hear being said about it from people everywhere is that it is a very versatile cleaner and supports numerous applications. 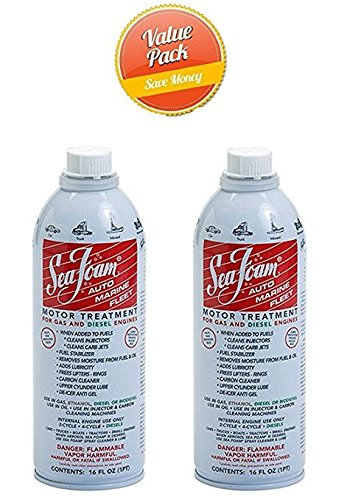 Add that to the fact that they are having a good time receiving impeccable customer service from sellers and Seafoam itself and that they believe that Seafoam is a well-known and established the brand with competitive pricing and several convenient packaging options.

As regards its ability to help put older vehicles back to a good condition and running smoothly again, we think that Seafoam has a considerable edge over its competition in that area.

For this, we’ll have to mention a car owner who wanted to put his vehicle back in shape since it developed a significant off-idle hesitation, which he said was noticeable both under load and sitting still. He used other products (didn't work) before stumbling upon Seafoam.

When he was using other products, he said it did not make any difference, but when he started using Seafoam, the hesitation gradually decreased and eventually disappeared, and the car was running high again. Thus, for him, it makes a lot of sense to use fuel injector cleaners in modern engines such as Seafoam, only that people have to be careful when choosing the brand.

On to an aspect that many car drivers worry about – noise. We’re particularly 100% confident about Seafoam’s ability in this regard, as we have a first-hand experience to share.

We used Seafoam on a 50-year old vehicle with its never-rebuilt motor. The problem was that at this age, the car’s lifters developed a tapping noise, so we thought of giving Seaform a try, hoping it would make the noise go away. When we mixed this product to the crankcase oil according to the directions and let the motor run for a few minutes, the noise started fading away and soon was gone.

After this, we changed oil and noticed that the oil we drained from the crankcase was strikingly thinner because of the presence of Seafoam in it. Long story short, the car runs like a top-up to this day, and it has no more of that annoying noise.

We also hear stories about reduced gas consumption after using Seafoam, and many of those who have this experience say that the reduction translates to the can pay for itself within a short time. One user said that his MPG rate dropped and has been using a gallon less per week for the same distance since he started using Seafoam.

You need to know that Seafoam has two packaging versions for this product. You can purchase either a 1-can or a 2-can package. If your fuel tank or engine is not regularly used, you can buy the first option, which can last for many months, provided that you use only the right amount every time. The same option is recommended to first-time buyers who want to discard their current brand but not working effectively for them, and those who intend to try using an oil additive for the first time. 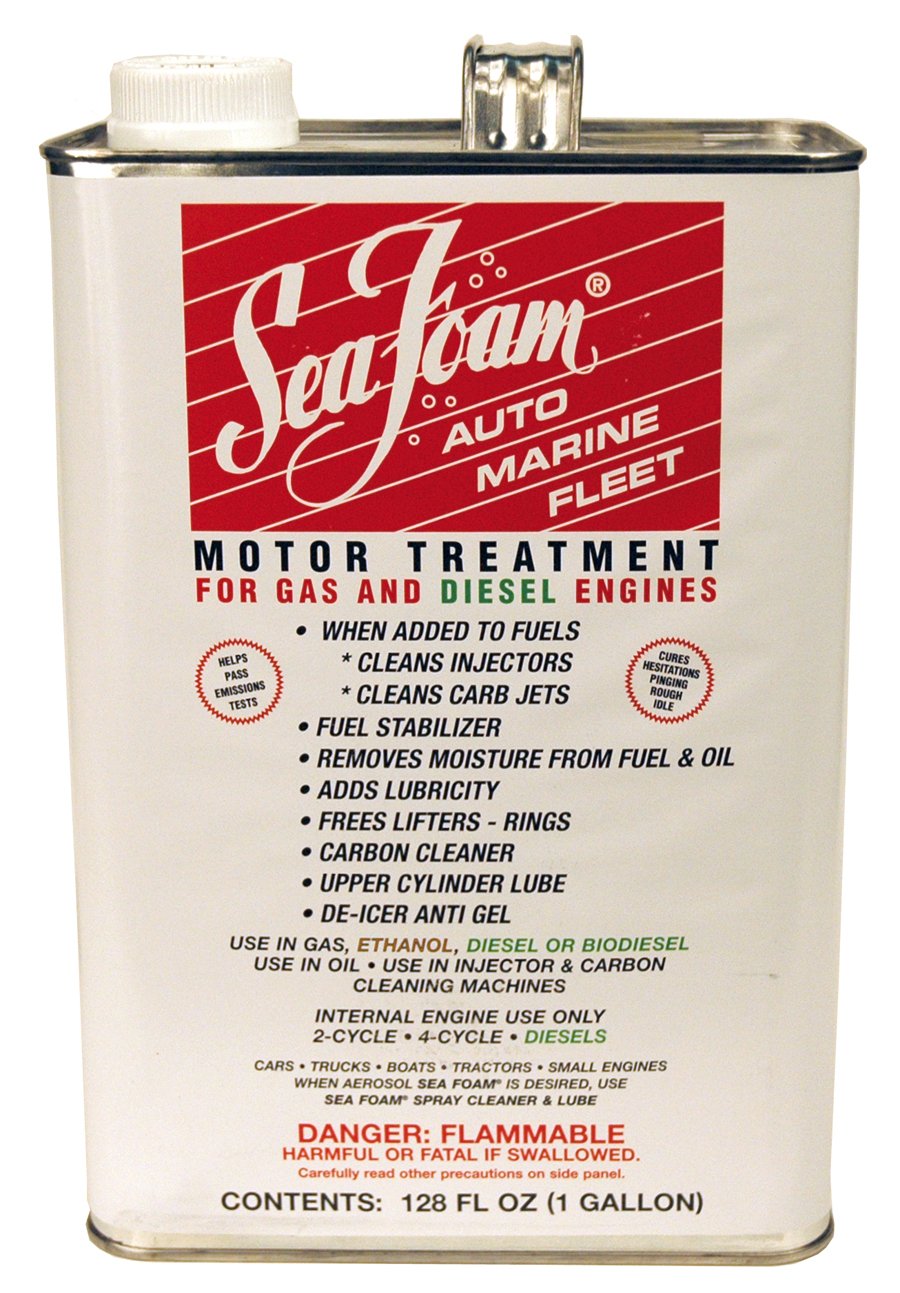 If you are using a truck or you run thousands of miles with your car on a regular, you are better off using the 2-can option since it comes with a lower per-can price.

There's a danger though for first-time buyers of 2-can packages. If for any reason, the formula doesn't work for you, there is a replacement or return privileges, so you're going to be stuck with a used and unused can of Seafoam. You probably need to check out if the store offers any warranty in case you need to return or replace it.

So here, with Seafoam, you have a tremendous working engine cleaner that covers many cleaning and lubricating applications. This is a product you can use anywhere, like your lawnmower and everything that is run by an engine. Pricing is competitive, with a slight difference from store to store. If you're lucky like others, you will also see a significant drop in your fuel consumption, which means you’ll cut some money on your gas budget and spend the saving somewhere else.

Also, with this product, you are assured of excellent customer support that you can access 24/7.

Finally, you have a product that will not cause you future headaches, because this product's ingredients are not harmful to your health, to the environment, and your engine.

Buy Seafoam now to immediately get the benefits others have been enjoying from using it! If you have questions or you need additional advice on where or how to buy, feel free to post below.

1 thought on “SEAFOAM Motor Treatment Review: Benefits for Your Engine”