Glancing at your car's dashboard isn't tricky at all. Knowing how fast you're currently going or whether there's enough fuel in the tank shouldn't take more than a few seconds.

Well, even in that short time, accidents can already happen—especially if you’re moving fast. For safety’s sake, many have opted to invest in a car HUD (head up display).

TIMPROVE’s T600 is among today’s most popular HUDs.

Despite the demand for it, though, is it that impressive in terms of its capabilities?

What are the ups and downs of this device?

How does it fare compared to other similar solutions?

More importantly, is it the best choice for you?

In this review, you’ll find the answers to all those questions. 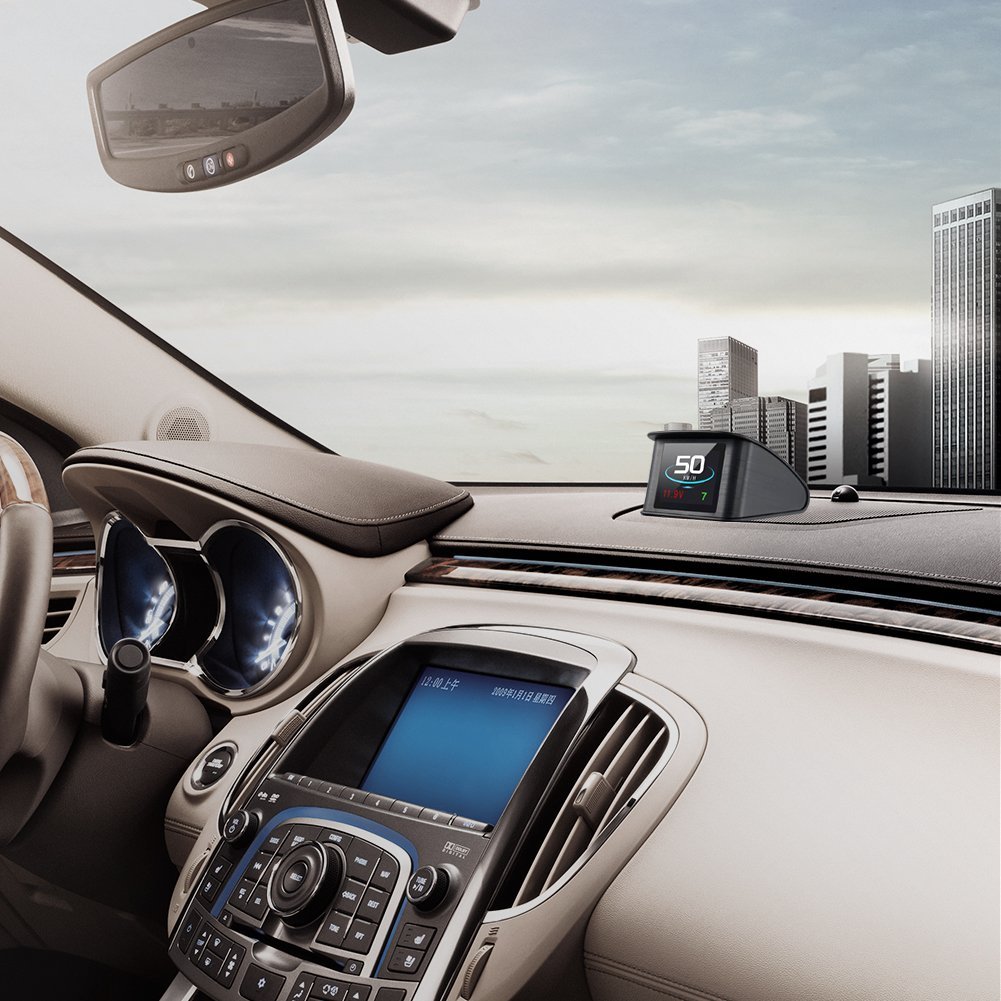 Looking at the Tech Specs

The T600 is marketed as a universally compatible device that's capable of showing all essential info on an easy-to-see display. Given its rather compact size of 3.5 x 2.1 x 0.5 inches, it's easy to understand how it's suited for any vehicle regardless of a dashboard or windshield design. You can place in the middle or to your left—there will inevitably be enough space to mount it.

The HUD is equipped with a 2.2-inch TFT LCD with six interface settings. These aren't mere presets though, as they're fully customizable depending on your needs. For example, if you wish only to see your speed, you can easily configure the device to show only that. Likewise, if you’re into seeing everything at once (from speed to voltage), you can easily set the device.

To be more specific, the following can be shown through the LCD display: 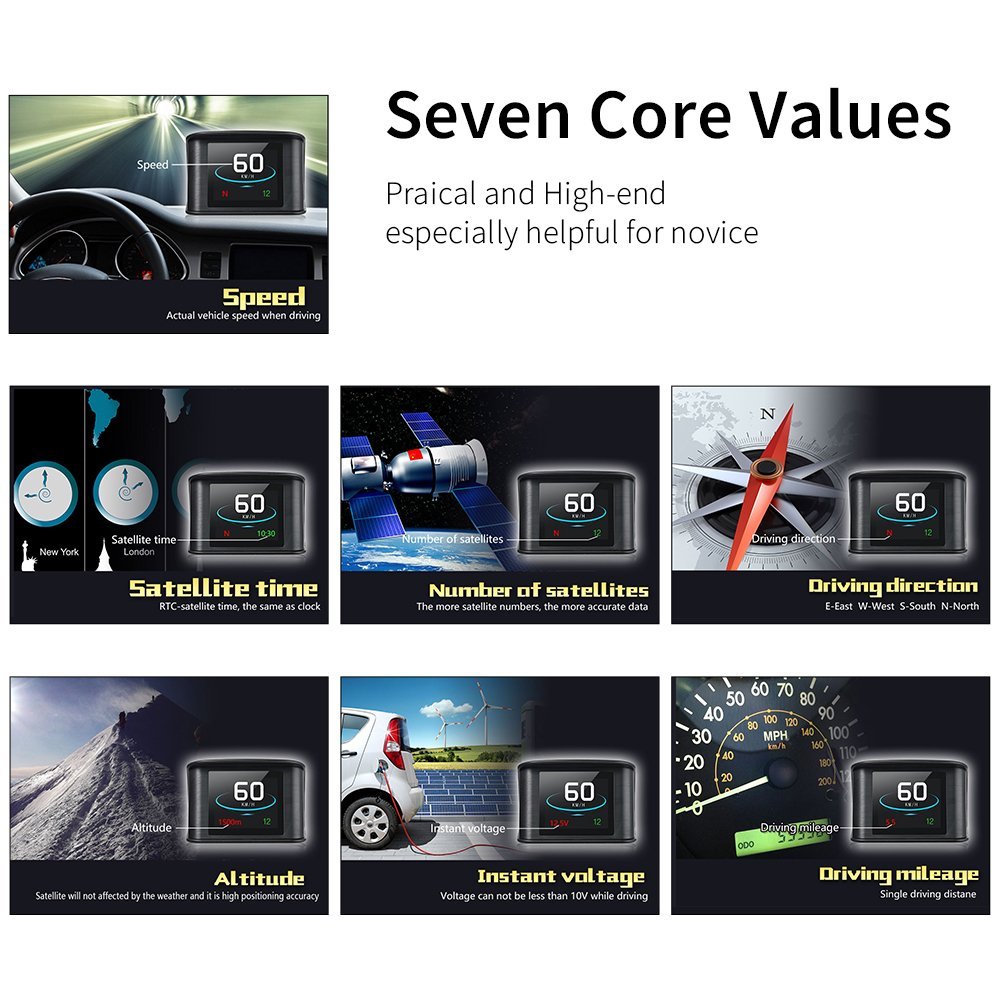 As you've probably noticed, TIMPROVE's offering has satellite-related functions, meaning it has its own GPS module. With that said, the T600 can be used to test both acceleration and brake performance, which partly explains why it’s become quite popular even among enthusiasts. And by the way, it comes with a one-year warranty.

The HUD’s Ups and Downs

It's safe to say that the device has relatively impressive specifications. The company behind it has considered the actual needs of consumers instead of merely focusing on the wow factor. Of course, the mere fact that it has six interface settings, each being highly customizable, is among the most significant upsides offered by this car HUD (head up display).

Whether you’re only interested in the basics or you suddenly need to see every relevant metric simultaneously, you’ll have a choice on what will be shown on the LCD. This flexibility virtually eliminates the need to upgrade or switch to another brand or model whenever your requirements change—at least in the context of data or information.

The next thing that gets up is how the LCD is slightly angled (30O). This makes it a lot easier to see the info on the screen even without exerting effort to look at it. Yes, you should be able to glance at the details with just your peripheral vision, if necessary. This slight tilt also minimizes the effect of glare, and that’s a good thing. TFT is, after all, not the brightest display. The T600’s GPS module deserves praise as well. Even though it may take minutes to get a lock (this, of course, depends on where you are or whether there's a clear line of sight to the satellite), it gives highly accurate information with both position and movement. The device's other readings are quite precise, too.

Moving on to the downsides, there isn’t much to say. It’s noticeable, however, that the HUD doesn’t have the best build quality. This issue seems to affect most of its competitors though. The car charger that comes with it doesn’t look that sturdy and seems basic—but admittedly, knowing that it works is probably enough for most. 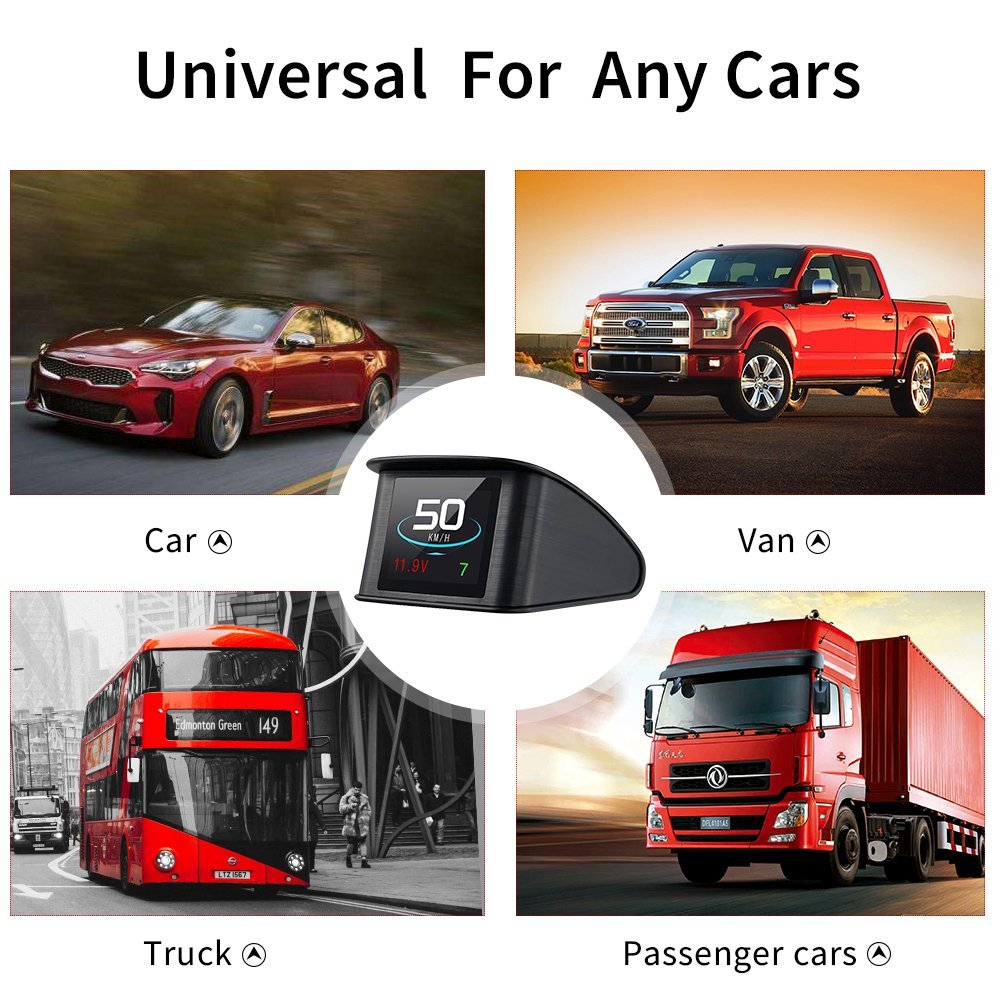 Another potential downside is the lack of touch controls. If you need to reconfigure the interface, for example, you’ll need to reach into the rear-mounted rocker switch and move or push it a couple of times. This makes it clear that this particular car HUD (head up display) isn’t meant to be reconfigured often.

Now, it’s time to compare the T600 with the other current top choices. LeaningTech’s Original Digital GPS Car HUD has garnered hundreds of reviews and is cheaper by around 10USD. It also comes equipped with its own GPS module, which locks on in roughly the same amount of time. Unlike the T600 though, LeaningTech’s offering has a limited interface (speed only).

The main reason why TIMPROVE’s solution remains vastly superior, however, is that this alternative makes use of a reflective sticker. This sticker is something you’ll have to put on your windshield. It isn't that that clear in daylight either, despite showing more significant numbers. Still, for those only looking for the basics, LeaningTech's product might suffice.

If you prefer something on the pricier side, TIMPROVE’s own T800 might be a good option. Compared to the T600, it has a bigger display (3 inches, HD) that's capable of providing even more information at once—in fact, it even has graphs for both speeds up and brake tests. Aside from that, the T800 has auto power on the function that minimizes battery use.

The most impressive aspect of this advanced HUD lies in its cable management. Given how thin and flexible its wires are, it’s possible (and also recommended) to push them into the seams on the sides of the car. Simply put, the T800 is an upgraded version of the T600, with the former costing 10USD more than the latter.

You would be able to navigate more comfortable through your GPS with a double DIN head unit, here is a Review of Double DIN Head Units

With the T600, TIMPROVE managed to strike a good balance between features and pricing. It's ideal for those who aren't looking for the cutting edge but don't want highly limited or basic solutions either. It’s safe to say that, in most cases, this particular car HUD (head up display) will prove to be a satisfying pick.